Freshwater salinization syndrome is a problem facing many aquatic ecosystems. Where deicers are used, urban streams have greater concentrations of chloride, which is readily dissolved and is toxic to many freshwater organisms. Fungi and bacteria are both important decomposers in freshwater systems. We conducted an experiment to determine how road salts affect stream decomposition rates and how much of decomposition is due to fungi and how much is due to bacteria. We incubated cotton strips in a rural and an urban stream to collect biofilm and then applied four different treatments, including: control, high salt, fungicide, and high salt with fungicide. After three weeks of additional incubation in their respective treatments we measured decomposition using cotton strip assays and functional profiles using Ecoplates. There was a significant difference in decomposition rates among the treatments in the respective streams. In the rural stream, both salt and removal of fungi reduced decomposition rates. The biofilms from the urban stream were less affected by fungicide and salt than the biofilms from the rural stream, suggesting that bacteria likely plays a greater role than fungi in decomposition in that urban stream. 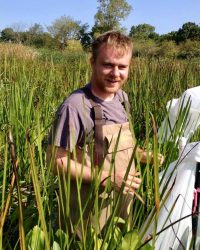 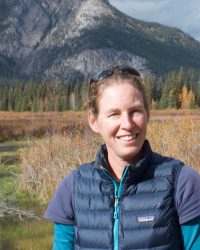