What Drives Our Conservation and Restoration Future 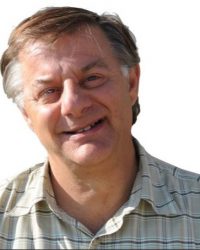 Steve Apfelbaum
Resource Environmental Solutions
Steve Apfelbaum, the founder of Applied Ecological Services in Brodhead, WI, has been a full-time research and consulting ecologist with AES since 1978 when he founded the company and in 2021merged with Resource Environmental Solutions (RES).   Steve has conducted ecological research projects in most biomes of North America, and since the early 1980s he has been one of the leading consultants in the U.S. in ecological restoration programs. Apfelbaum is trained as an animal and plant ecologist with graduate studies at the University of Illinois, Urbana-Champaign where he earned his MS Degree in Ecological and Biological Sciences in 1978. He has been a scientist in hundreds of field ecological projects and data analysis projects. During his career, Mr. Apfelbaum has authored or co-authored hundreds of technical studies, reports, ecological program plans, restoration plans, and monitoring and compliance reports for research projects and for regulatory program reporting. In recent years, his focus has been in soil carbon research and directing large soil carbon projects in Canada, Palouse Region and throughout the country.  He has worked closely with hydrologists to understand landscape-scale hydrologic changes associated with land settlement in the Midwestern U.S. This work has direct application to many millions of acres in North America and elsewhere. Mr. Apfelbaum has also presented results of his study of ecological restoration at hundreds of seminars and courses around the world and is a much sought-after speaker at educational events focusing on soil carbon, regenerative agriculture, ecological restoration, alternative storm water management and conservation development.  Apfelbaum’s latest book, “Restoring Ecological Health to Your Land” (Island Press) and his personal account of thirty years of restoring their Wisconsin farm, in “Natures Second Chance” (Beacon press) have received a range of awards, including rave reviews in the New York Times and elsewhere. The later book has been recognized as one of the top ten environmental books of 2009 and best books for people to personally learn about what they can do to address climate change. Apfelbaum teaches at the Harvard Graduate School of Design a course on the future of coastal systems and regenerative agriculture and holds adjunct professorships and lectureships at several other universities. To get updates about RES and our work around the country, visit our website, res.us, and follow us on social media.