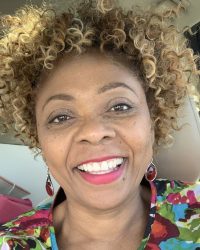 Mamie Parker
First African American Chairman of Virginia Department of Game and Inland Fisheries Commission & Northeast Regional Director, U. S. Fish and Wildlife Service
Mamie A. Parker worked almost 30 years as a fish and wildlife biologist for the U. S. Fish and Wildlife Service (FWS) in Genoa; La Crosse; Green Bay, Madison, and Lake Mills, Wisconsin; Columbia, Missouri; New London and Minneapolis, Minnesota; Atlanta, Georgia; Amherst, MA; and Washington, D.C. During the Clinton Administration, Parker rose to the rank of Chief of Staff in the Service Headquarters, the first African American to hold this title. As an avid angler, she has outstanding experience in NEPA, Clean Water Act wetland protection and restoration. This extensive amount of experience led her to receive the Annual Ira Gabrielson Award, an award to given by FWS leaders to the most outstanding leader in the agency. She played a major role in protecting our nation’s waters from the pollutants and invasive species such listing the Snakehead fish and Asian Carp as an injurious wildlife species. Parker led the FWS staff, along with partners in developing the National Fish Habitat Action Plan. The President of the United States presented Parker with the Presidential Rank award, the highest award given to government employees. Parker also led the effort in working with the American Pharmaceutical Association and Wal-Mart to promote a national campaign of smart disposal of medicine and unwanted aquarium fish and plants. She was featured on the NPR’s Morning Edition. Parker is a leader in various organizations and serves on the Board of Directors of The Nature Conservancy, Duke University Nicholas School of the Environment, Northland College, Student Conservation Association, the National Wildlife Refuge Association, Brown Advisory Sustainable Investment, Marstel-Day Consulting Company, the Chesapeake Conservancy. Former Secretary Madeleine Albright and the Council of World Women Leaders awarded her with an Aspen Institute Fellowship where she worked in the Kingdom of Lesotho and in Cape Town and Johannesburg, South Africa. She recently returned from the China while speaking at the World Fisheries Congress on the impacts of climate change and development in coastal cities and communities of color.